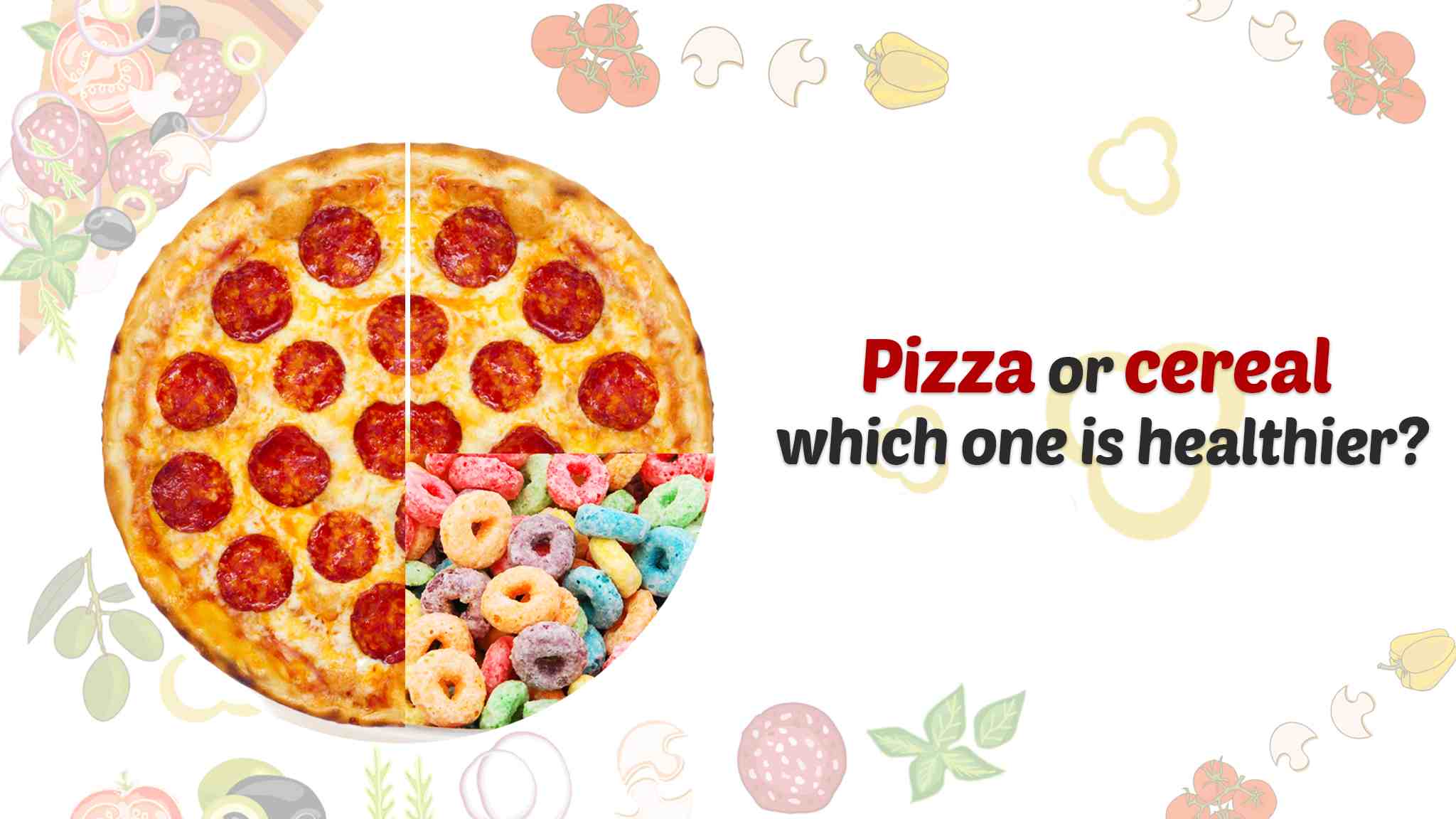 Pizza or cereal which one is healthier

A lot of people all over the world think that pizza is a dish that is not very healthy. In fact, there are some people who feel that they will gain more weight if they eat extra slice of pizza. On the other hand, cereals consider it a very healthy dish.

Cereal is one of the most consumed foods thinking about healthy but, according to a dietician, a slice of pizza is more nutritious than cereal. An investigation mentions that cereals that are currently found in supermarkets, from a nutritional point of view, rarely have an adequate portion of healthy proteins and fats. Much of the population is not aware of these details. However, several experts set out to analyse these dishes and drew the following conclusions. Here we answer the question of whether it is healthier to eat pizza or cereal?. Pizza or cereal. The answer is that it is healthier on some occasions to have a piece of pizza, than a bowl of cereal.

In addition, the vast majority of cereal brands contain a high amount of added sugars, as well as dyes and other additives. You will be amazed to know that, a slice of pizza and a bowl full of cereal with milk have approximated the same calories. However, despite recognizing that it would not be the healthiest option that nutritionist would recommend. Traditional breakfast like the classic cereal bowl with milk is not as healthy as most think and encourages us to reflect to find the most complete option and to contribute more to our body.

According to the dietician, when eating pizza you will feel full and sated for longer: this thanks to the high number of proteins that the pizza gives us. Most commercial cereals are rich in added sugars that in several segments of the population cause health problems causing overweight and obesity, as well as some heart disease, since foods rich in sugar could increase insulin levels.

Finally, the dietician notes that "one slice of pizza contains more fat and less sugar than most cereals, so you do not experience a rapid drop in sugar": the rapid loss of sugar in the body makes us want to eat sooner and in higher carbohydrate content. One another factor which force us pizza as a breakfast in place of Cereal is that pizza is more tasty compare to Cereal and contain more vegetables which make it healthier. So if you want to have a balanced diet, the recommendation is to reduce the amounts of added sugar in your day to day.Order Pizza online

Check out the Pizza restaurants @ Ozfoodhunter.